It’s been a while since I posted anything. I know I keep saying that I’ve started this blog because of my trip to Thailand, but in essence it’s a personal blog, so I’ll also be posting other random stuff on here.

Before we get started however, here’s a bit of context: I’m currently working on an online course for JavaScript, and I’m only two ‘challenges’ away from getting its Front End Developer certification. As you know from my first post, I’m a world-class procrastinator (no surprise I haven’t posted in a while), and so, to keep myself on track, I challenged myself to get the certificate under my belt before we leave for vacation. 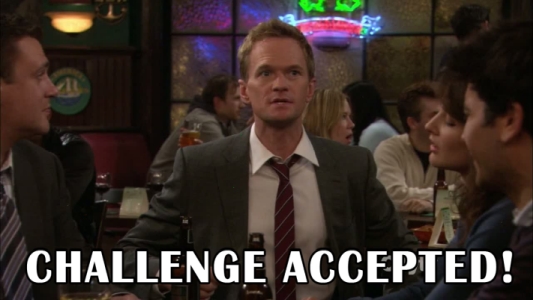 So I usually stay up late through the night working on it, with last night being no exception. I was working till around 3:30 AM, and that is when the below events transpired.

Tired from the day’s work, I prepare to turn in for the night. I shut down my PC, stretch, and look longingly towards my bed. As I turn off the lights and climb in, however, I spot the slightest hint of movement near the balcony door out of the corner of my eye.

Dismissing it as my imagination, I lie down, ready to get some shut-eye. Except, I realize I’ve left the AC remote at my desk. Of course.

With a sigh, I get up and turn on the lights. Tossing the remote onto the bed, I get ready to turn out the lights, when I see movement again, and in the same spot. Except this time, it’s definitely not my imagination.

Once, I might’ve ignored it, but now it’s happened twice, and I can’t just let it go – so I turn on all lights, including the torch on my phone, and investigate, only to find the one thing I was secretly hoping I wouldn’t; a huge-ass spider. For reals, this thing is at least 5 inches big.

Thing is, at this point I’m pretty drained – so for the first few seconds I don’t react, just… register. I’m staring right it, and it’s fugly. But it’s also kind of fascinating, I don’t usually get to see spiders this big. Finally coming out of my reverie, my mind recalls that spiders are supposed to creep me out. And so I start taking stock of the situation. Mind racing with possibilities, I debate a few courses of action – everything ranging from taking my chances at becoming Spider-Man, to not sleeping at all.

Yet, from the varying range of viable ideas I have, my fear-addled brain decides the best one involves me, the spider, and a mostly empty can of deodorant.

Summoning some late-night courage, I get the deodorant bottle from my bedside table. Whipping off the cap I spray Spidey with everything the bottle’s got, but it hardly does anything except perhaps make Spidey more attractive to females. With it’s last dying spray, the deodorant bottle leaves me with just disappointment, an angry spider, and a smell that makes me question my choice of deodorant.

Naturally at this point I’m both pretty freaked and wide awake. And so is Spidey. In a blur of legs it quickly scampers along the wall and takes up a very strategic position: the corner wall behind my wardrobe. I admire it’s audacity, Spidey is now both in plain sight, yet sheltered from any attempt to swat it down. Almost as if it is fully aware of the statement it’s making by doing so, almost as if it is… taunting me.

Spurred into action, I too decide to take up a strategic position atop my bed, albeit much less gracefully. I find myself drawing a blank on what to do next, and it’s beginning to look like a sleepless night. But then, across the passage outside my room, I glimpse the faint glow of a fluorescent light shining from behind my sister’s bedroom door.

Making my way over, I knock. Restraining the urge to yell out “Spider!”, I calmly apprise her of the situation whilst grabbing the bug spray and a flyswatter. Being the cute little sport that she is, my sister offers to hold up my phone’s flashlight while I focus on killing Spidey. For this brave step forward, I henceforth refer to her as the ‘torchbearer’.

We reach my room, and I show her our enemy. At this point I’m no longer befuddled or confused. Having seen Spidey move that fast has done nothing to allay my fears, and by now I’m plain old scared. But now, a bit of ego’s involved; you see my humble ‘torchbearer’ is my little sister, and it wouldn’t exactly go over well if I screamed in a voice pitched higher than hers, right? And thus, using 80% of my willpower to contain any unwarranted screaming, I approach, bug spray uncapped and flyswatter held at the ready.

Finally, the moment of truth. Spidey the arachnid and I find each other face to face. It’s eight eyes staring directly into my two wide ones.

With a heroic cry (in my head), I spray all holy hell onto Spidey, no holds barred. Pushing down on the nozzle, I refuse to take my finger off till I’m convinced the sprayed amount would down a horse. Alas, it seemed that victory would not be so easy, as Spidey was any number of things, but dead was definitely not one of them.

Thankfully, being sprayed by poison clearly had some effect on it, which is why Spidey moved right across the wall and into the open. Big mistake. Now out of his strategic shelter, Spidey was free to be struck down by one mighty blow from my trusted flyswatter.

Summoning the last vestiges of my might, ego, and admittedly, testosterone, I strike. Not once, not twice, but thrice! And even though each of these blows might or might not have been punctuated with a few choice curses (primarily involving Spidey’s sister), victory was finally achieved. Our hero and his loyal torchbearer had, through strength of arms, finally smote down the villainous and vile arachnid known as Spidey.

As the field of battle settled down, and the fog of bug spray in the room dissipated, a realization dawned upon me. In my rage (read: fear), I had sprayed an obscene amount of bug spray on Spidey. And while fundamental in helping me vanquish it, it also became clear to me that if I slept in that room without airing it out, I’d definitely be someone other than myself when (and if) I woke up.

And so, I find myself now in my makeshift sleeping arrangements in the living room, writing this story. It certainly was an experience, and also a really great source of inspiration. I look at the time on my phone, and it’s past 5 AM, which means I definitely should sleep now.

As I sit here writing this post, I look at the clock and am surprised to see it’s past 5 AM again. I really should sleep, thankfully in my own room tonight. I must admit, I really need to get my sleeping cycle back on track.

Also, I know the above has a LOT of commas, it’s just something I do when I write. I promise I’ll edit it one day and fix that. Pakka.

Anyways, this is me checking out for tonight. And of course, you can count on me casting a wary glance over the scene of last night’s gruesome quest before I turn out the lights. 😛